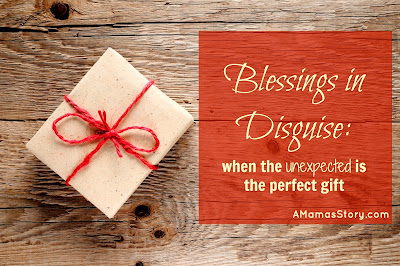 Have you ever felt like things were spiraling out of control? As you look back, you see God’s hand working out the details and it all makes sense, but when you’re going through it, everything feels crazy?

I’m going to get real here.This has been an insane year. My husband is self-employed, so we don’t have a regular income. We had three quarters in a row in which business was slower than slow–our customers were simply feeling the effects of a still sluggish economy, we faced our first business lawsuit (we hear this is typical, especially when pride and greed creep in), and I miscarried our sixth baby.

While it’s been tough, we’ve had plenty of food, our bills have been paid (sometimes at the last minute) and we’ve had a bit of modest play money. I’ve even brought in some funds through my blog, Wildtree, and Young Living businesses to supplement. But overall, it’s been an emotionally trying year!

As we prepare to begin a new school year, the bottom line is that for the first time in our homeschool journey, we simply can’t afford to buy the curriculum packages we want.

At first I was disappointed and hoped that since things were picking up, the funds would still come in. But I wondered if our current situation is actually a blessing in disguise.

While getting a full curriculum, complete with laid out lesson plans and a plethora of books sounds great, I think I’ve only continued to get wrapped up in checking off the boxes and moving on.

I’ve often said that homeschooling is about flexibility and the two main points I took home from TTD was the importance of discipleship and character, both things that have been on my heart recently.But here’s the biggie:

Amidst the craziness, it dawned on me that our school year will be majorly interrupted in March. While we remember our 6th baby, who would’ve joined our family this month, we’re excited that baby #7 is on the way! 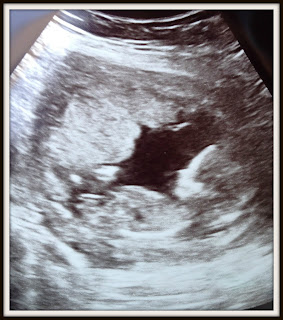 My 9 year old son exclaimed, “Hey!! I see its nose and mouth! There’s a real baby in there!”

After a rocky start, our newest addition is doing well, praise the Lord! (Now y’all know why I’ve been a bit absent, temporarily dropped the weekly featured, and been behind on e-mails and messages. Because of the turbulent beginning, we’ve tried to keep my work/stress load low, and now I’m slowly getting back into a routine. ;)).

With the crazy business stuff and a brand new family member joining us in just six months, I can’t imagine trying to pull off a full packaged program for all of my children, let alone getting such a formal year off the ground while still battling the queasies! If things had gone smoothly and our typical funds had come in months ago, I would’ve already bought too much, would likely be looking at it on the shelf, and feeling overwhelmed by it all. Focusing on the basics and good books during the day, while enjoying history and Bible in the evenings with Dad, sounds like a plan!

What are we doing?

After looking on e-bay for awesome deals and digging through my own closet, I found all kinds of treasures. I felt like I was doing the pantry challenge but for curriculum instead of food!Total cost came to about $50, except Teaching Textbooks, which we bought earlier this year at a sale:

It’s not how I originally envisioned this year, but I think if we were to move forward with what I originally planned, I would’ve gotten bogged down, especially around the birth. The above is a doable and realistic load enabling me to focus on discipling and teaching my children while enjoying the first weeks and months with my newest babe.

And looking at it all, it’s plenty!

What about you? Have things not worked out according to your plan, but have actually turned out to be the perfect gift and exactly what you needed?